HANGING OUT IN THE CORNER - JAMES LANDING 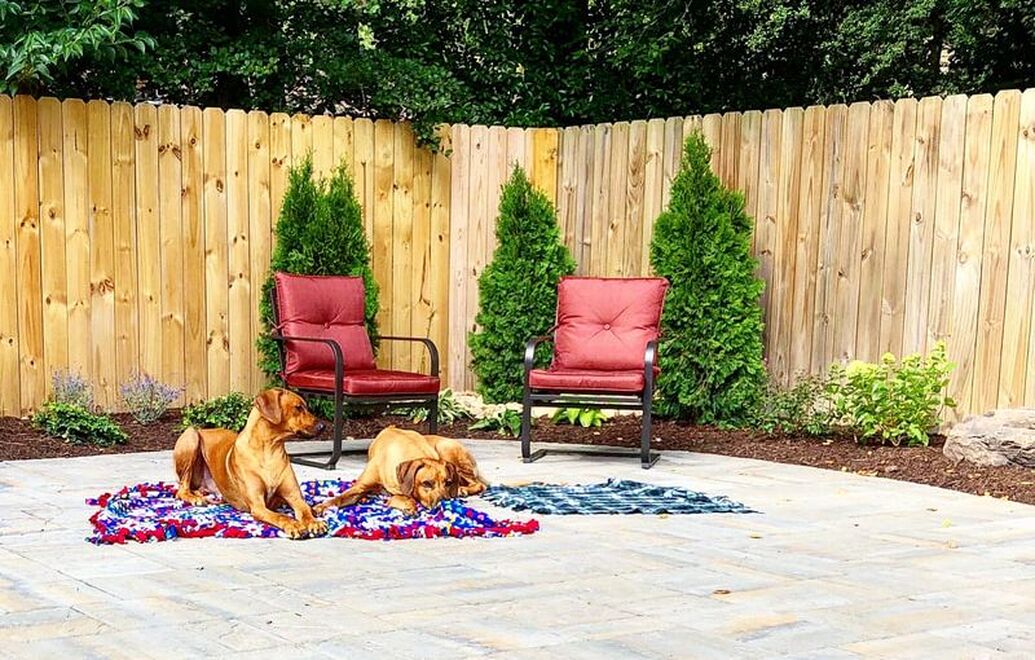 We originally did a simple clean-up in the back corner of this yard, removing the debris and overgrown vinca vines. It was used as a garden years ago by the previous homeowners, but now it was an empty, awkward corner now. Our client wanted a space to sit and look back toward their home, enjoy a fire, and hang out with the pups. 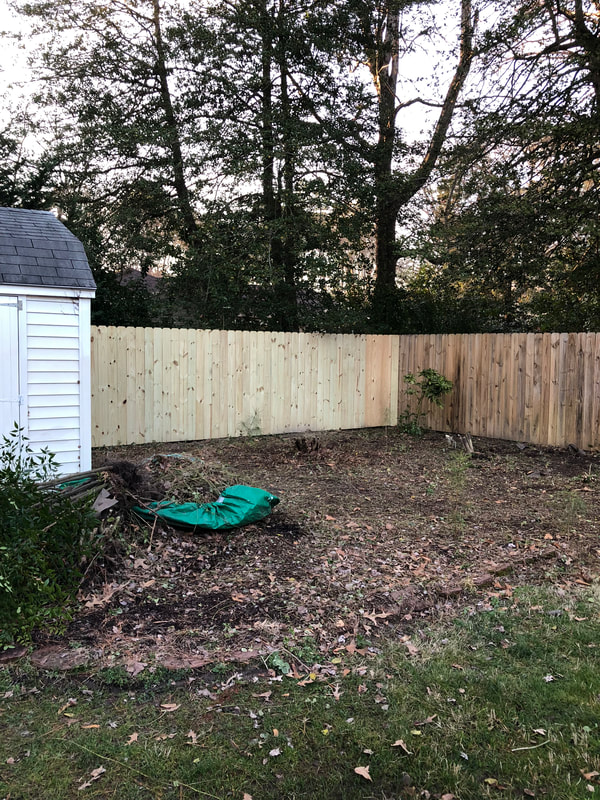 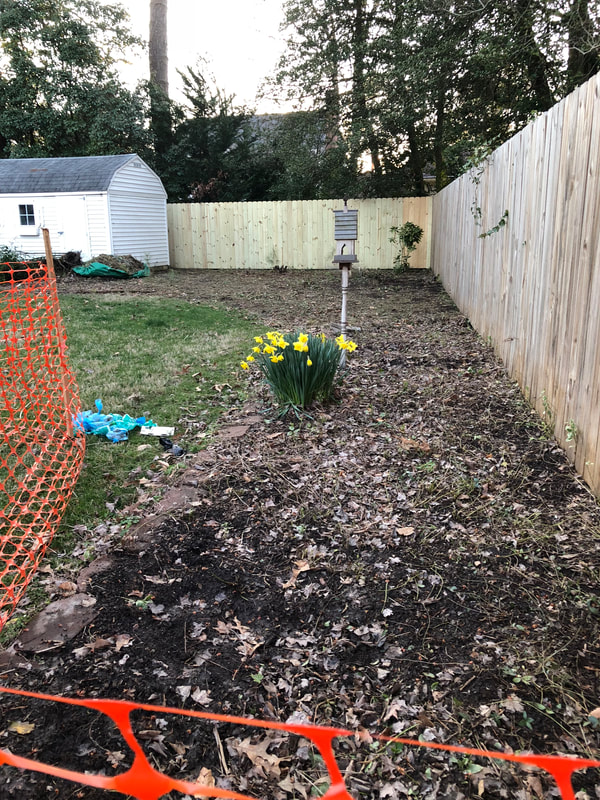 Because there were several goals the homeowner had for this space, we broke it into sections. The first was the pavers, followed by the landscaping. Coming later will be a small pondless waterfall, outdoor lighting, and a compact outdoor kitchen. 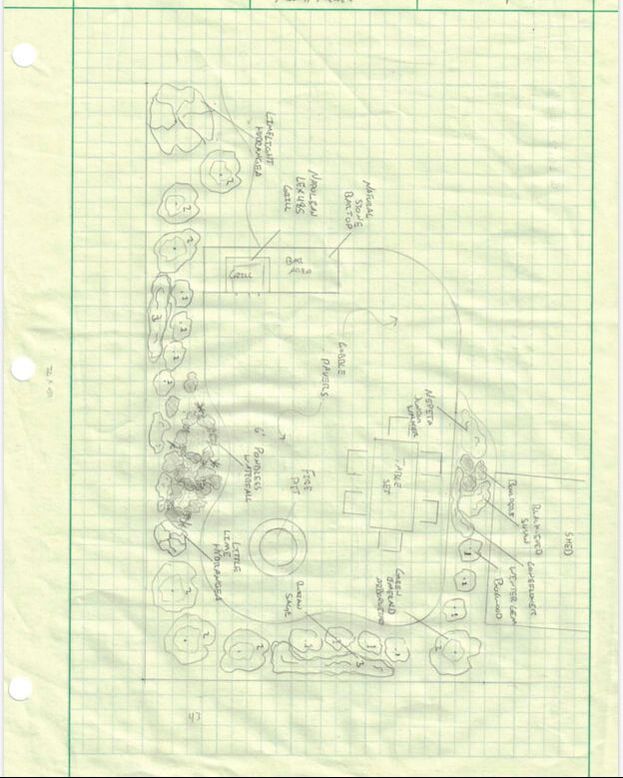 PATIO & LANDSCAPE DESIGN
The goal was to keep this space as compact as possible, while including space for a fire pit and seating, in addition to a table and chair set for outdoor meals. In the design, we laid the patio out to have the least amount of dead space possible, thereby limiting the total square footage of the hardscape. To soften the edges, we laid out the patio 4 to 6 feet off the fence. This created a space to add some landscaping, and also provided an area for traffic to spill over from the patio. 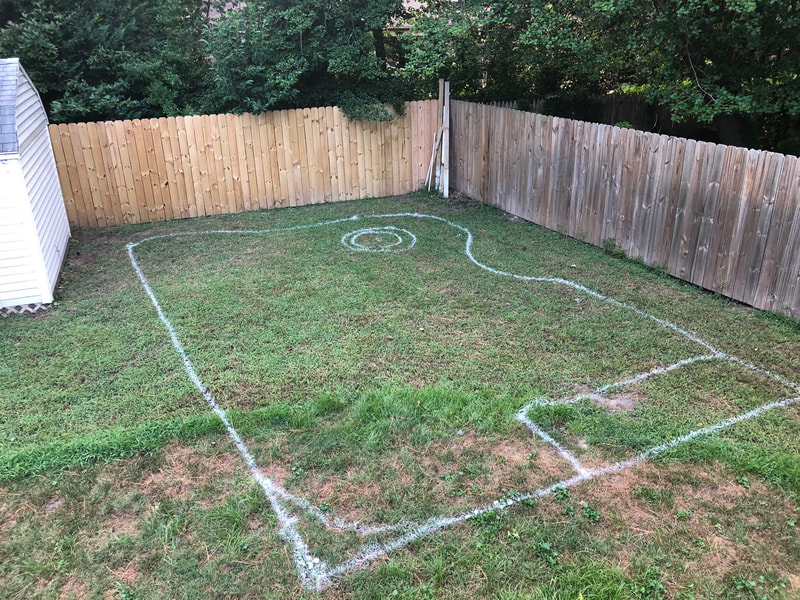 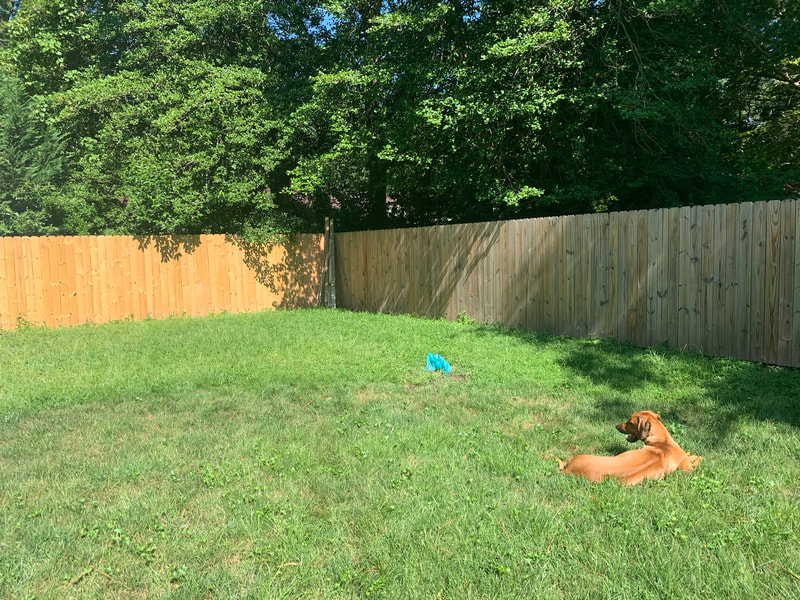 We started by laying out the design on the ground, and then excavated down to a depth of  8". Next, we installed a fabric layer with 4" of compacted crushed stone. We also installed a 2" PVC pipe in the stone base, this will be sleeve for running future electrical. The base packed thoroughly; we spread a 1" layer of sand. Now we were ready to lay the pavers! Our client chose a slightly larger three-piece paver: Eagle Bay Chatham Natural with no soldier border. 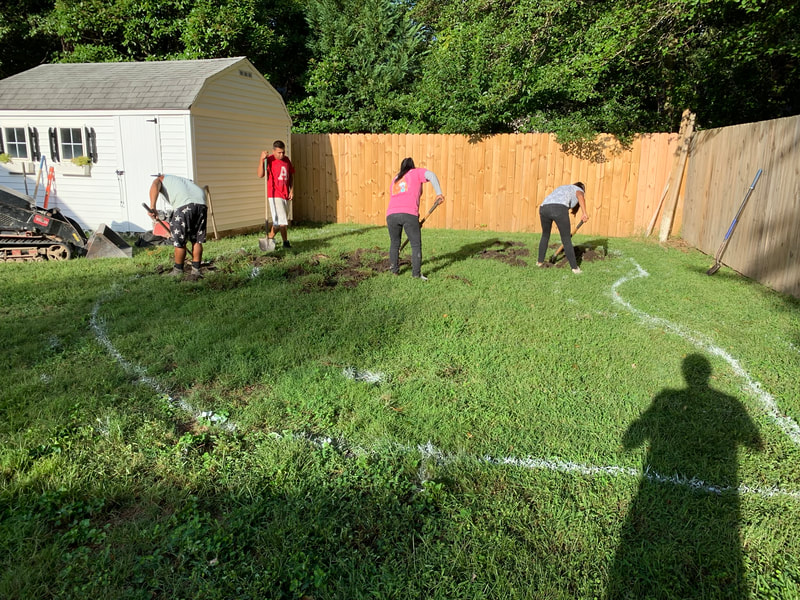 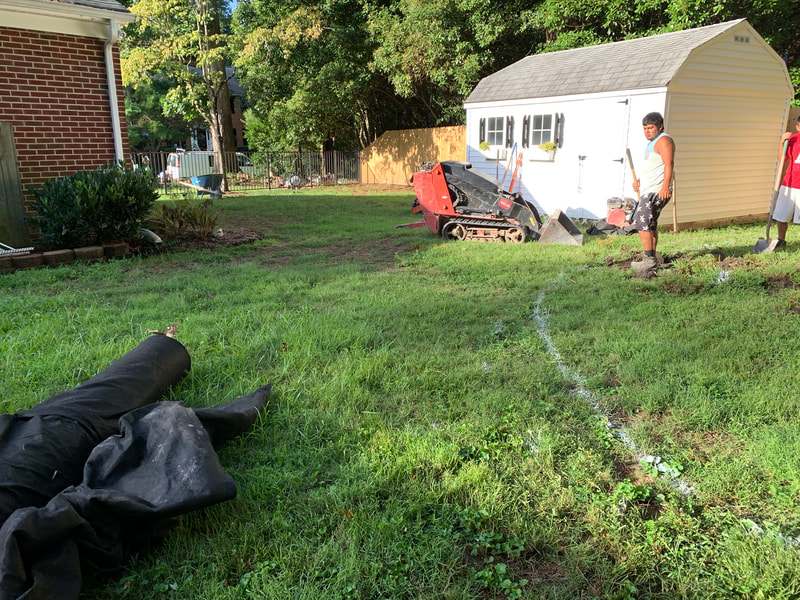 We used a few boulders and some river rock around the patio to add even more dimension. We used six different types of Hosta: Blue Angle, Frances Williams, Guacamole, Francee, So Sweet, and Patriot. Finally, we added a mix of perennials. These included Nepeta (Catmint), Perovskia (Russian Sage), Echinacea (Coneflower), and Rudbeckia (Black Eyed-Susan).
We finished all this off with a fresh coat of dyed shredded hardwood mulch, a bit of grading, and Virginia Green tall fescue. 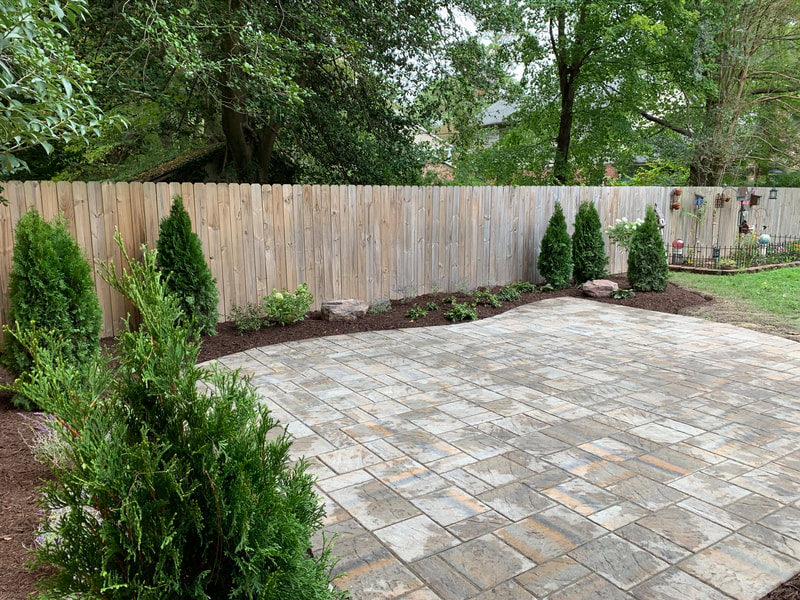 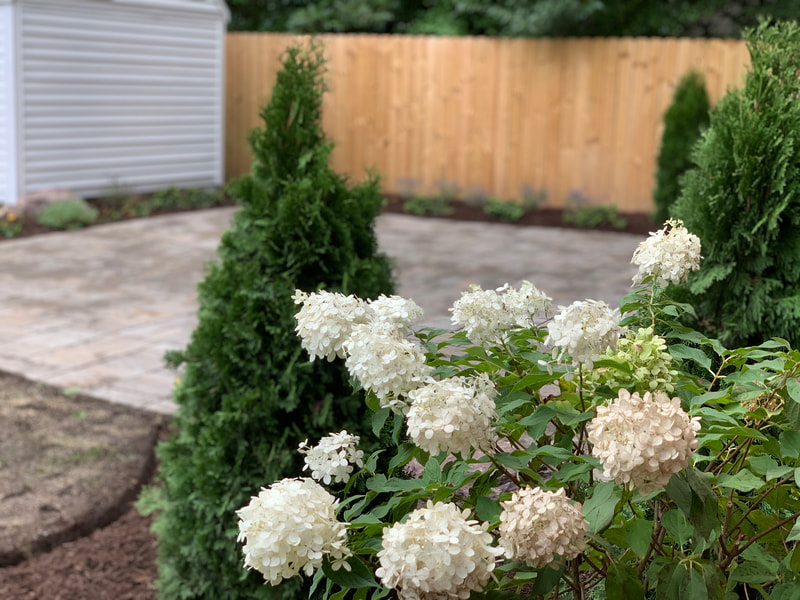 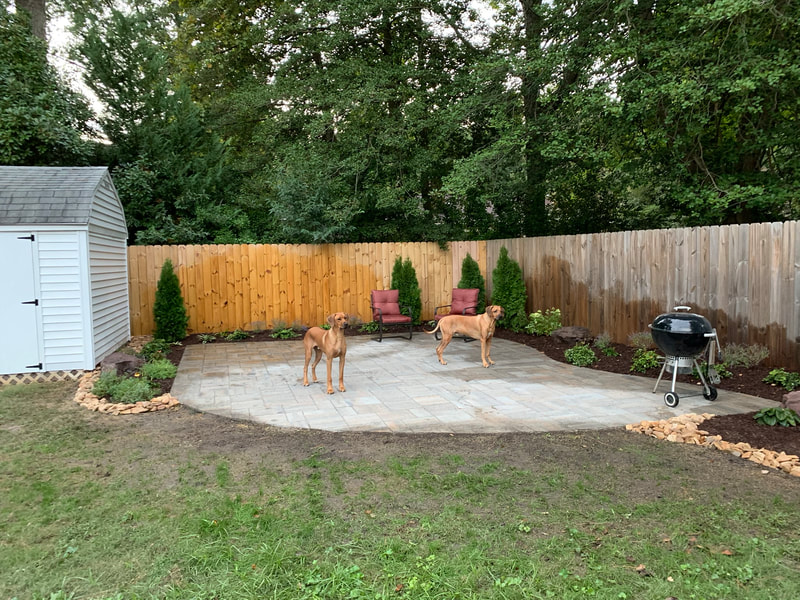 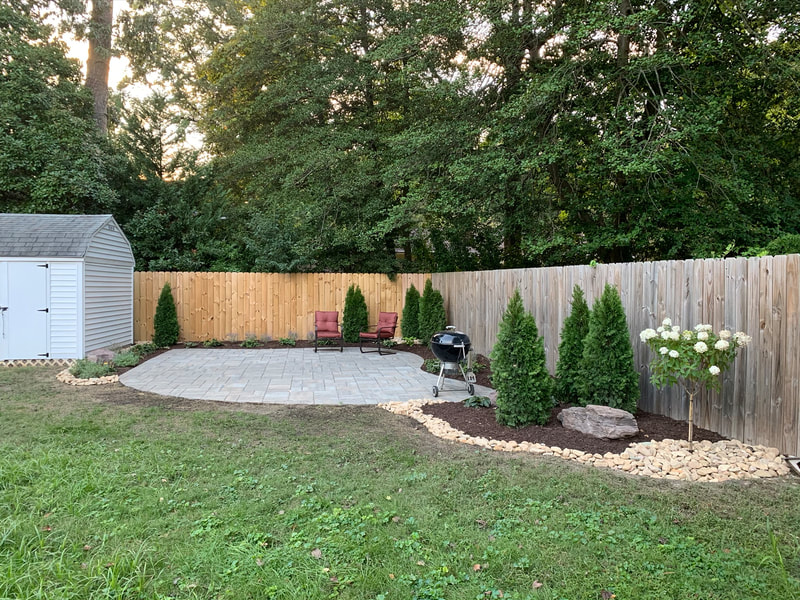 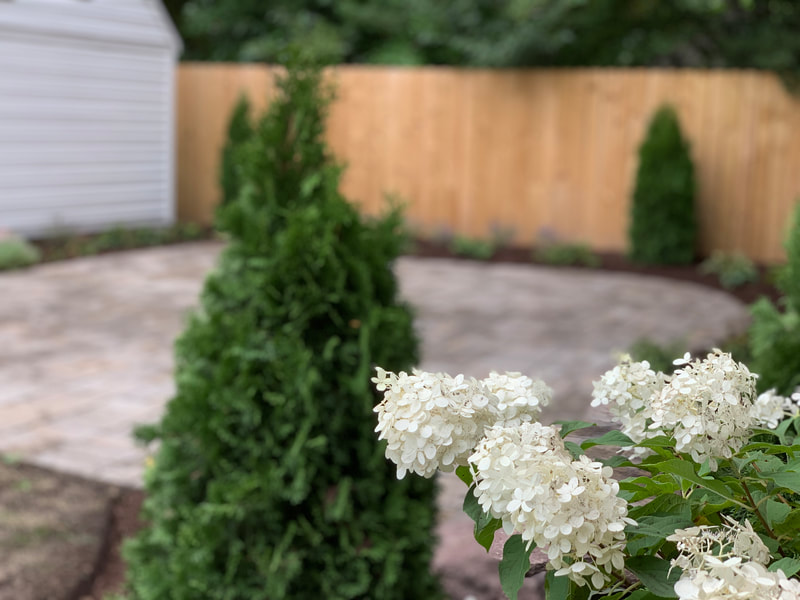 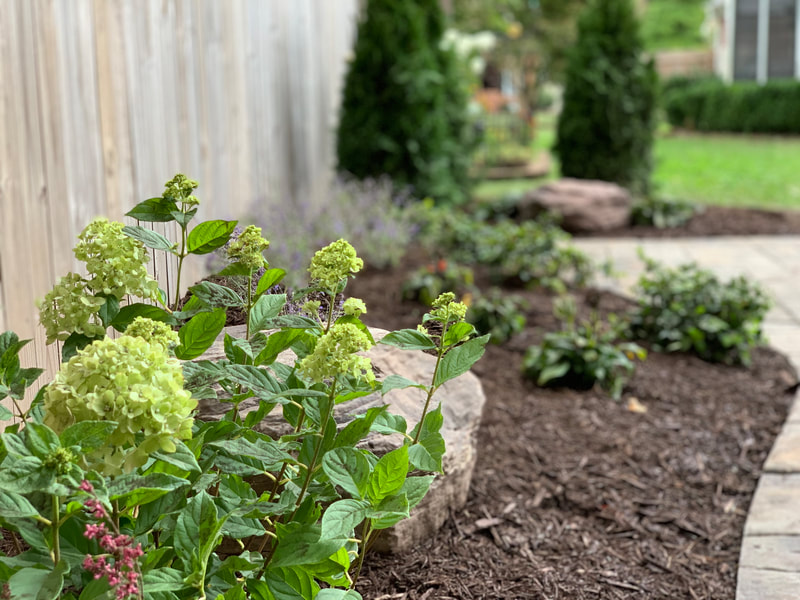 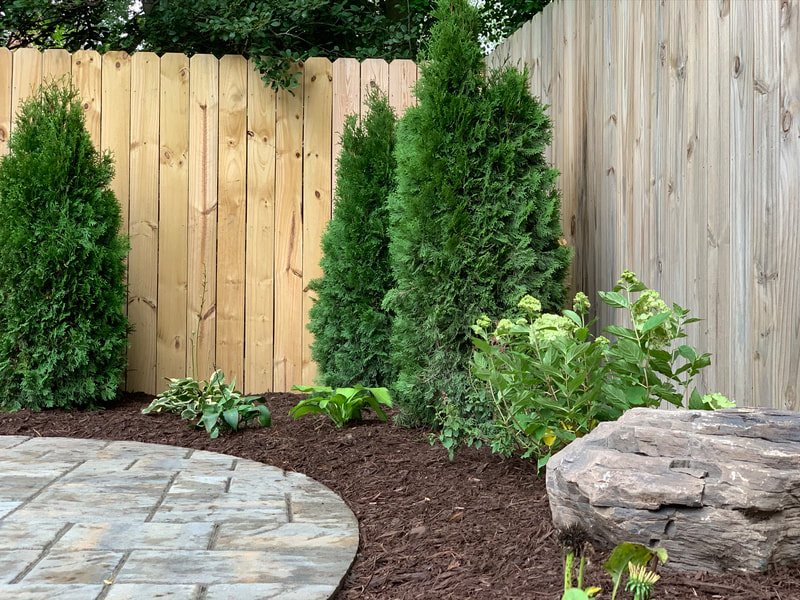 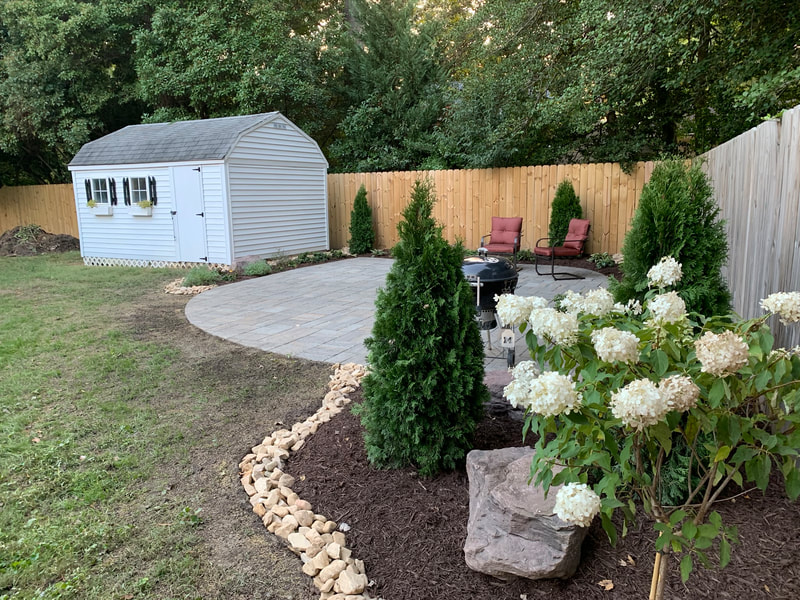 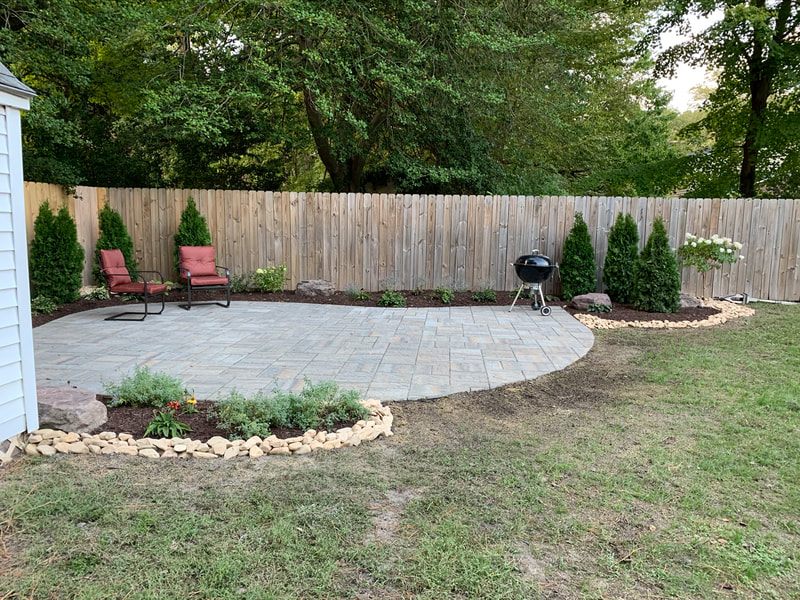 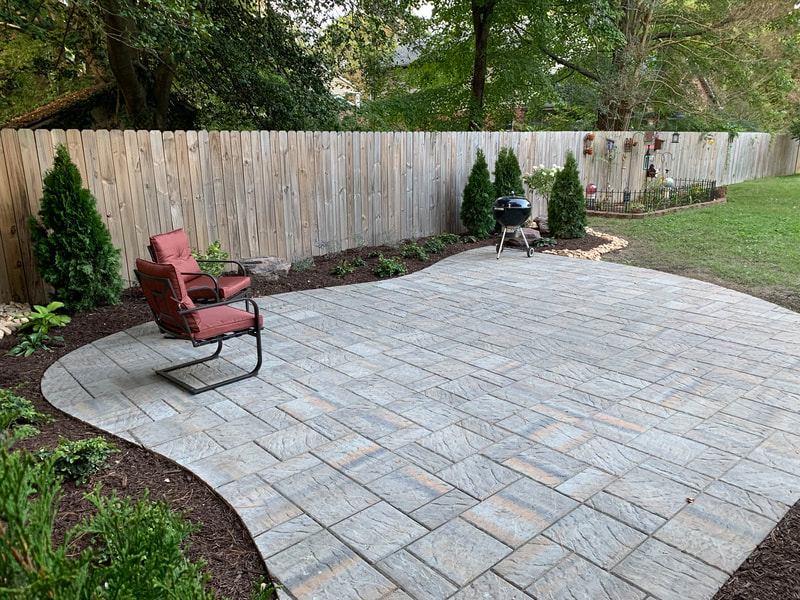 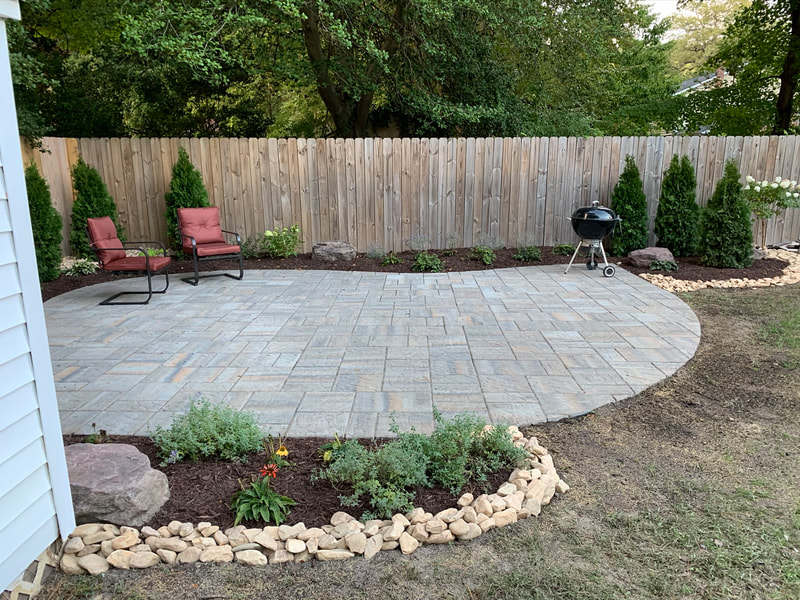