Type: Drainage
Time Frame: 1 day
Budget: ~$2,400
Materials: Drainage Parts
During heavy rains, the recently-replaced carpet in this medical building was collecting moisture. When the building was built, the weep holes in the brick were installed a tad too low, which (unfortunately) worked perfectly to draw the moisture inside.
After a site consultation, we quickly realized that there were two separate issues on the side of this building. The HVAC condensation lines were creating excess moisture which wasn’t able to drain away from the building due to the poorly sloped ground gutter. Additionally, the corner would flood during medium to heavy rains from roof valley in this corner. The water would eventually drain out through the ground gutters, just not quickly enough.
To make sure these issues were solved the first time, we probably over-engineered this solution just a little. We laid out the two drainage systems completely separately. The ground gutter drain for the roof went straight to the parking lot. The HVAC condensation lines were taken towards the curb, stopping short with a pop up valve. We notched the bottom of the pop up and built a mini-dry well to capture the constant flow and allow it to seep into the native soil. Now, these condensation lines won't flow over the asphalt and form slippery scum and algae during the summer! 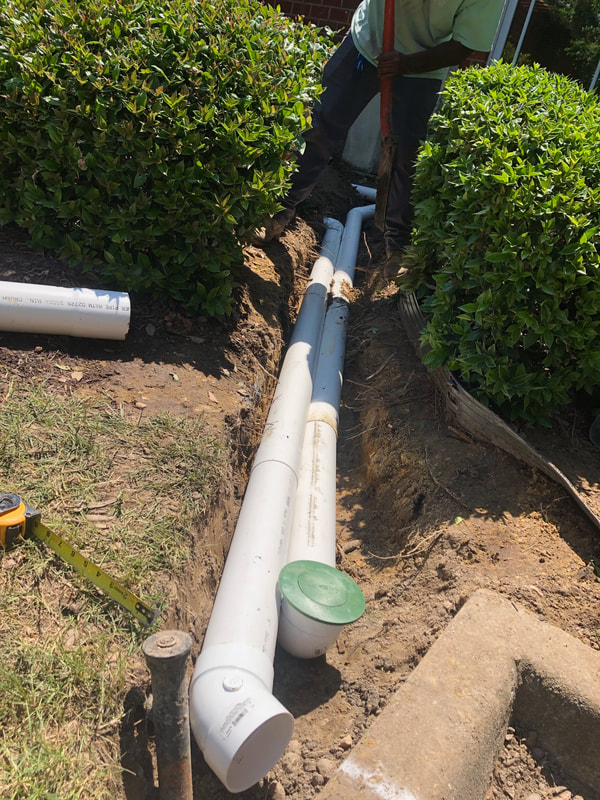 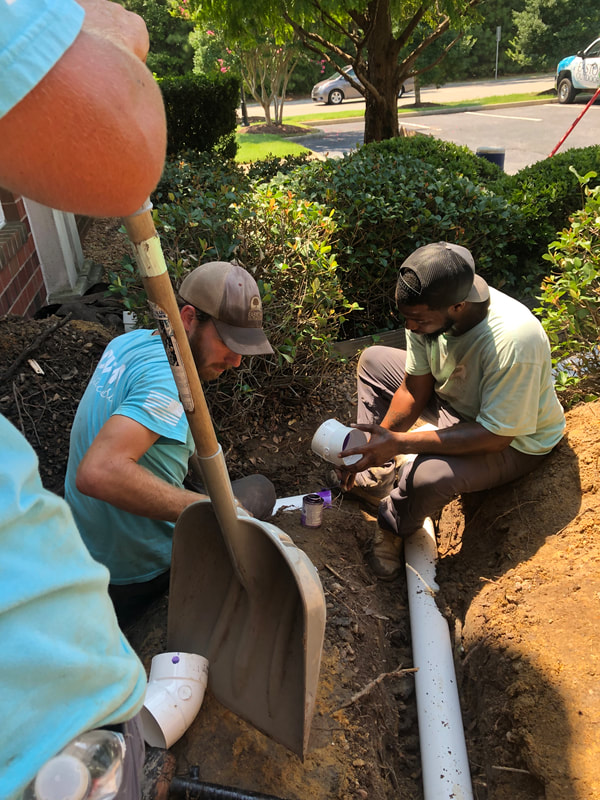 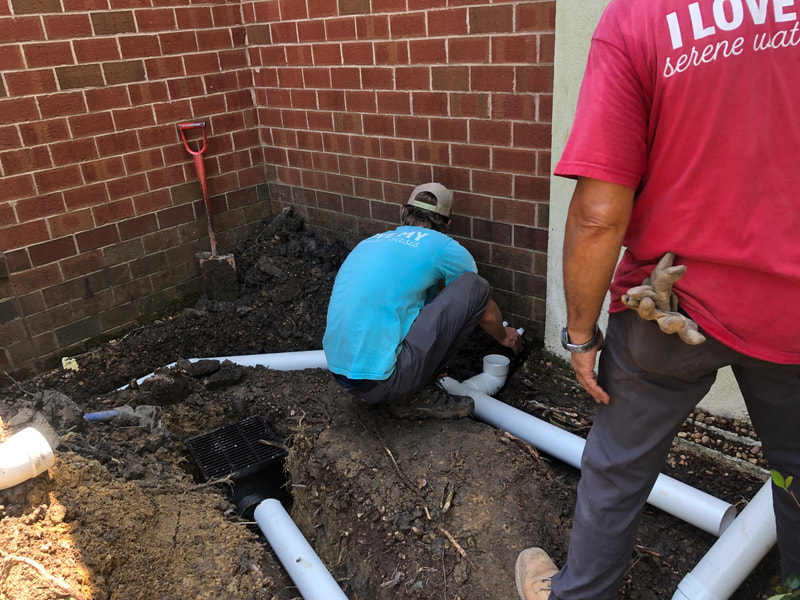 Our goal was to install the system without really disturbing the landscape. Thankfully, the solution to the drainage problems were simple and only cost our client a bit more than $2,400. 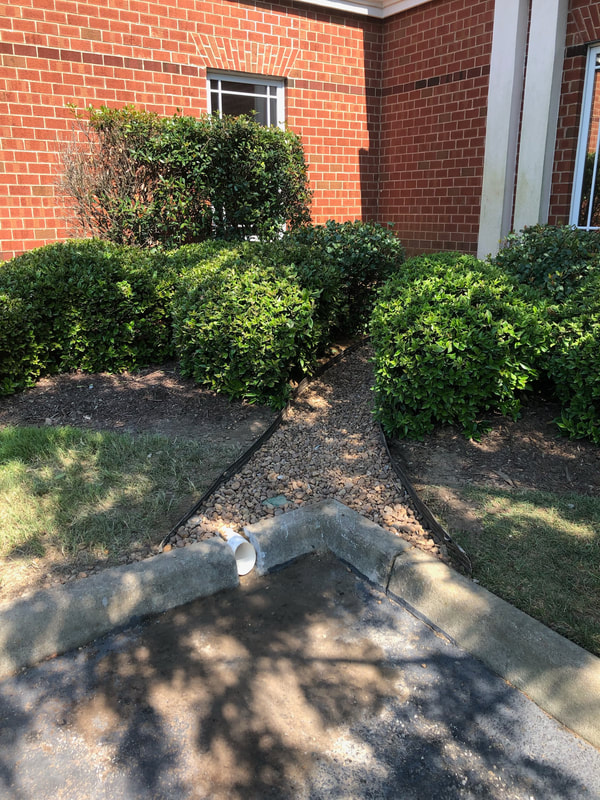 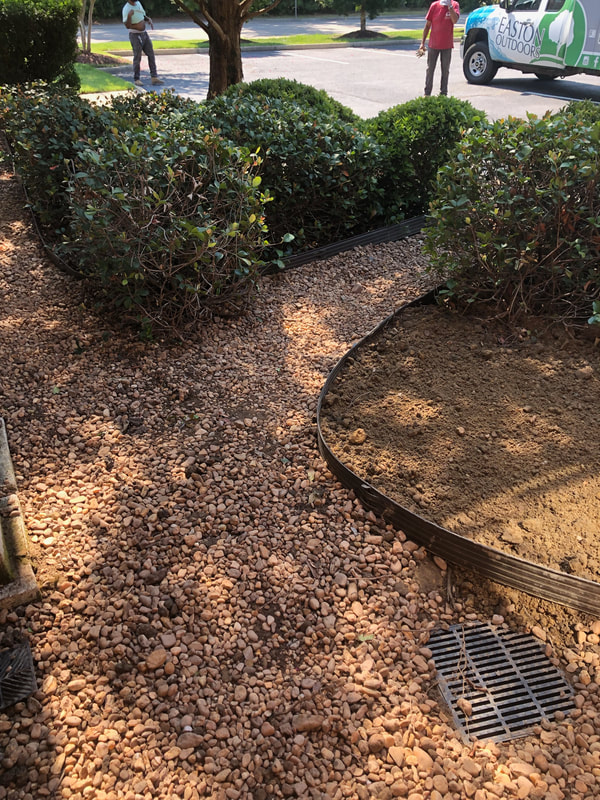